A simple, one-page website telling the history of Hachiko, a national hero in Japan, marking my first solo venture into web design.

Hachiko (November 10, 1923 – March 8, 1935) was an Akita dog born in Japan. He is known for his remarkable loyalty to his owner, which continued for more than nine years after his owner's death. The dog was held up in Japanese culture as an example of loyalty and fidelity and continues to be remembered worldwide today.

I designed and coded straightforward and informative webpage narrating Hachiko’s life. The film based on his story, “Hachi: A Dog's Tale,” is one of my most re-watched movies.

Teal and gray were used as melancholy colors to fit the underlying tones of Hachiko’s narrative. They are also very suitable to the scenery and culture surrounding Tokyo, the place where a statue honoring Hachiko is erected.

Line art of an Akita’s face. A small Easter egg animation was added onto the tongue whenever it is moused over.

Has a brief introduction (giant map outline is Japan), a gallery, a synopsis video, a navigable timeline, and a contact section.

To help with effortless browsing, a stickied nav stays on top of screen and working anchor tags jumps to each section. 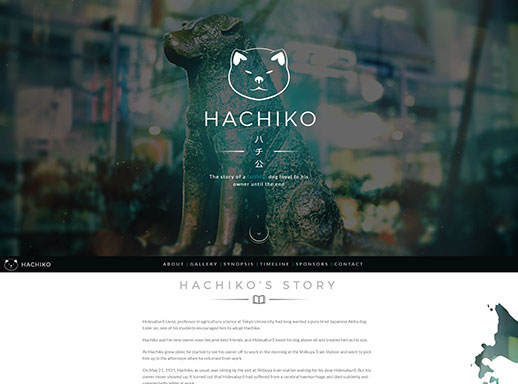 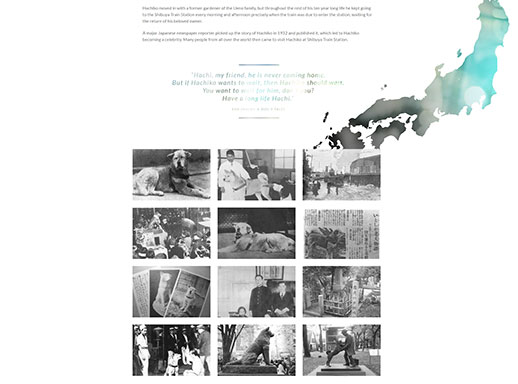 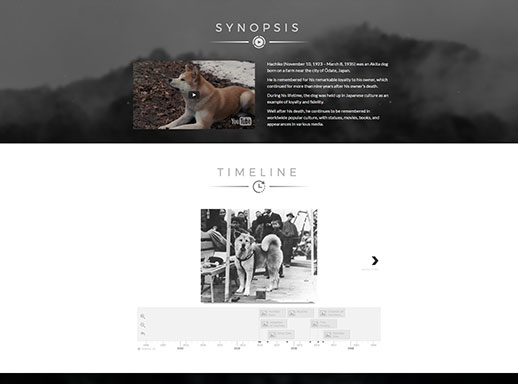 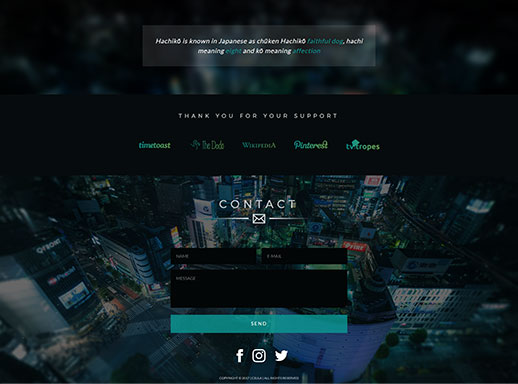